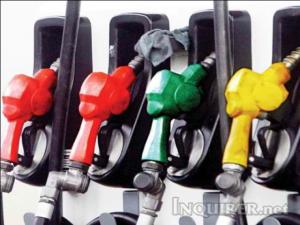 Because oil is a very socially sensitive commodity, the Oil Deregulation Law has become one of the country's most contentious laws (Photo by Nino Jesus Orbeta)

On February 10 (Friday), Republic Act (RA) 8479, or more notoriously known as the Oil Deregulation Law, will mark its 14th year of implementation. The law, which was aggressively pushed by the International Monetary Fund (IMF), was enacted on Feb. 10, 1998 by the 10th Congress. Because oil is a very socially sensitive commodity, the ODL has become one of the most contentious laws in the country. Its constitutionality had been the subject of several petitions at the Supreme Court (SC). In the past five Congresses, many legislators have filed bills amending or repealing the ODL. The Executive has convened, since 2005, three “independent” panels to review the law, including one recently set up by the Aquino administration.

In fact, RA 8479 was not the original deregulation law. The original, RA 8180, was enacted on Mar. 28, 1996. But massive people’s protests greeted the passage of RA 8180. Organizations under the Bagong Alyansang Makabayan (Bayan) launched two people’s strikes against oil price increases. The Asian financial crunch in 1997 further inflamed the unrest. Following a massive strike in October 1997, the Supreme Court (SC) was forced to issue a temporary restraining order (TRO) against the deregulation law. RA 8180 was finally declared as unconstitutional by the SC in a Nov. 5, 1997 decision.

According to the SC, the said law breached constitutional provisions outlined in Article XII Section 19. This provision states that “The State shall regulate or prohibit monopolies when public interest so requires. No combinations in restraint of trade or unfair competition shall be allowed.” In its decision, the SC recognized that the Philippine oil industry conceded that “operated and controlled by an oligopoly, a foreign oligopoly at that.”

The High Court further pointed out that “The much ballyhooed coming in of new players in the oil industry is quite remote considering that these prospective investors cannot fight the existing and well-established oil companies in the country today, namely Caltex, Shell, and Petron. Even if these new players will come in, they will still have no chance to compete with the said three (3) existing big oil companies considering that there is an imposition of oil tariff differential of 4% between importation of crude oil of the said oil refineries paying only 3% tariff rate for the said importation and 7% tariff rate to be paid by businessmen who have no oil refineries in the Philippines but will import finished petroleum/oil products which is (sic) being taxed with 7% tariff rates.”

However, then President Fidel V. Ramos marshaled his allies in Congress to immediately pass a replacement, correcting the unconstitutional provisions cited by the SC. The minimum inventory requirement was deleted while the import tariff rate was pegged at 3% for both crude oil and refined petroleum products. In two months since the SC junked RA 8180, Congress enacted RA 8479, which continues to be effective until today. Another petition was filed against RA 8479 arguing that price control should not be lifted because it contradicts the anti-monopoly provision of the Constitution. But in a Dec. 17, 1999 decision, the SC denied the said petition.

Role of the IMF

The passage of RA 8180 (and its replacement RA 8479) was tied to a loan of almost $1.04 billion that the Philippines contracted with the International Monetary Fund (IMF) in 1995 under the multilateral institution’s Extended Fund Facility (EFF). The deal with the IMF actually involved six major areas covering 43 specific measures. Aside from the deregulation of the oil industry, other conditionalities included tax reform, import liberalization, financial sector reform, foreign investment liberalization, and privatization. According to Bangko Sentral ng Pilipinas (BSP) Governor Gabriel Singson, the IMF wanted these provisions in the Oil Deregulation Law in order for the country to exit from the IMF “on a secure footing.”

Not only did the IMF push for the passage of an oil deregulation law, it also actively influenced the actual provisions that such legislation will contain. In fact, to access some $300 million in the first tranche of the EFF, as well as another $300 million in loans from the Japan Export Import Bank (JEXIM), the IMF had first to approve the then newly enacted RA 8180. (See BusinessWorld, “New oil deregulation law gets nod,” February 20, 1998) The IMF had also pushed for automatic price adjustment and elimination of any form of subsidy as among the main provisions that an oil deregulation law must contain.

The timing of full deregulation also became a contentious issue during the deliberations in Congress. The Senate and the House of Representatives were then pushing for a transition period before full deregulation takes place but the Executive was rejecting the proposal because the IMF requirement was immediate liberalization of the oil industry. To accommodate the IMF conditionality, the Ramos administration lobbied for an acceleration clause. Congress, in the end, passed RA 8479 with such clause, stated in Chapter VI Section 19, which authorizes the President to accelerate the start of full deregulation (which the law states shall start five months following the effectivity of RA 8479) except for socially-sensitive oil products (i.e. LPG, regular gasoline, and kerosene). As expected, Ramos exercised this prerogative and accelerated the implementation of full deregulation (earlier by four months) to hasten the approval of fresh loans worth $1.6 billion under the IMF’s standby credit facility. (See BusinessWorld, “Oil deregulation rushed for ‘IMF credit,’” March 16, 1998)