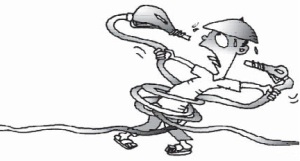 Pilipinas Shell today (Nov. 12) claimed that because of EO 839, it has incurred losses of as much as ₱80.9 million in just six days (or about ₱13.48 million daily). Also today, Petron Corporation reported a net income of ₱3.38 billion from Jan. to Sep. but quickly warned that if EO 839 is not lifted until yearend, it will suffer over ₱1 billion in losses in the fourth quarter.

Kung ganyan, bakit hindi na lang sila magsara? And then the State can just take over as proposed recently by senior senators.

Because the truth is they are not losing money and on the contrary have been raking billions of pesos in extra profits (i.e. on top of their regular profits) due to overpricing, which has become more intense and unbridled under the current DOE and Arroyo administration.

When EO 839 was issued on Oct. 20, petroleum products nationwide were overpriced, on the average, by ₱5.48 per liter, according to Bayan. Consequently, oil firms are earning extra profits of about ₱212.38 million daily. Due to overpricing, Petron is earning extra profits of around ₱82.19 million daily; Shell ₱63.5 million; Chevron, ₱29.94 million; Total, ₱9.56 million; and other players, ₱27.18 million.

If they could afford to reduce their prices and still earn, why do oil firms, in particular the big foreign players, oppose EO 839? The reason is more political than economic. While it is supposed to be based on RA 8479, EO 839 in effect puts into question the wisdom of oil deregulation and affirms the argument that for public interest, the market should not be left to itself.

What is at stake in the debate on EO 839 is not the profitability or viability of the industry. The bigger issue is that EO 839, despite its inherent limitations in terms of truly protecting in a sustainable manner the interests of oil consumers, has provided a glimpse of what the state can do if it is serious enough and has the needed political will to stand for public welfare.

EO 839 itself, because it was pursued in the framework of deregulation, did not protect consumers but simply increased the burden of consumers in the Visayas and Mindanao, where oil prices have been raised to offset the supposed losses of the oil firms due to the Malacañang order and where pump prices  have been historically higher than Luzon’s.

To a certain degree, however, it questioned the lies long peddled by the oil companies and staunch defenders of neoliberalism about neoliberal free market economics. If left unchallenged, EO 839 could become a precedent in policy making – that the government, in the name of public good and welfare, could take decisive action against abusive corporations.

Recent pronouncements by several policy makers about taking over the industry and state-led oil importation must be welcomed. They affirm what opponents of oil deregulation have been saying all along.

Now it remains to be seen if these will translate to actual policy reforms.