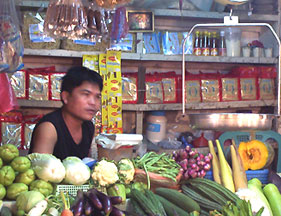 The National Statistics Office (NSO) today reported that inflation in August further slowed down to 0.1% from July’s 0.2%, the lowest in 22 years.

Inflation shows the rate at which the general level of prices for goods and services is rising.

What does the 22-year low inflation mean for Juan and Juana? Does it mean that ordinary wage and income earners could now better afford the basic goods and services their family needs to survive every day?

0.1% inflation simply means that prices (as measured by the consumer price index or CPI) have not practically moved in August 2009 compared to their levels in August 2008, when overall prices have peaked mainly due to unprecedented increases in oil and food (in particular rice) prices in the first half. In other words, prices today remained very high.

The CPI in August 2008 peaked at 160.3. Compared then to August 2009 CPI of 160.5, year-on-year inflation rate is thus calculated at an unusually low 0.1 percent. Pushed down by declining oil prices in the second half, the monthly CPI last year began its descent in September 2008 and closed the year at 156.7.

Thus, this may be considered a hiccup in the general trend of increasing prices since current prices are being compared to abnormally high levels in 2008 and inflation may “normalize” by September to show the increasing trend in prices of basic goods and commodities.

But more importantly, it does not hide the fact that prices have jumped astronomically under the Arroyo administration especially since last year, and that wages and income have failed to cope.

For ordinary wage and income earners, the low inflation rate in August did not mean improved buying capacity and decent living for their families. For instance, a minimum wage earner in Metro Manila takes home only as low as ₱345 per day while his or her family ideally needs about ₱1,000 for their daily food and non-food requirements.