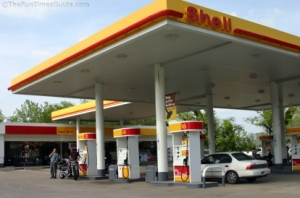 The December average of Dubai crude, the country’s benchmark in pricing oil products, further declined to $40.53 per barrel (bbl), down 18.7% from its November average and 69.1% lower from its peak level in July. Overall, the price of Dubai crude fell by 5.1% a month last year, with steep cuts in the second half offsetting the huge increases posted in the first half of 2008.

On the other hand, the peso weakened against the US dollar last year. It started the year at P40.90 in January, showed slight appreciation in February before depreciating progressively for the rest of 2008. By December, the foreign exchange (forex) rate was pegged at a monthly average of P47.98 per US dollar.

Actual monthly changes in the pump prices of diesel last year have resulted in a net impact of a reduction of P3.17 per liter; kerosene, 13 centavos; unleaded, P9.16; and LPG, P189.70 per 11-kg cylinder tank. These actual adjustments are much lower than the estimated “ideal” adjustment of P12.73 per liter (or P250.50 per 11-kg LPG tank) in rollback, thus resulting in overpricing.

But it must be emphasized that such “overpricing” estimates simply refer to the disparity between the adjustments in domestic pump prices and global oil prices. It does not reflect the much bigger overpricing that the oil transnational corporations (TNCs) impose on the market through their monopoly control of the upstream and downstream global oil industry.

The year 2008 saw a roller coaster ride in prices of crude oil and petroleum products. In the first week of January, global crude oil price breached what analysts called the “psychological barrier” of $100 per barrel mark for the first time. At one point in July, crude oil traded at an all-time peak of more than $147 per barrel in the world market. Then a month later began the steep decline in oil prices and by December, crude oil was trading at under $33 per barrel. From an earlier forecast of global crude oil price reaching as high as $250 per barrel “very soon”, one estimate now predicts prices to fall to as low as $30 per barrel in first quarter next year. Thus, said one analyst, “2008 will go down as one of the most volatile and difficult years ever for oil. It was a year that started with runaway prices and all the makings of the worst inflation in nearly three decades. It is ending with imploding deflation and worst recession in seven decades”.

Some analysts have identified the “combination of the slowdown in the global economy, which is damp oil demand, and higher production from the Organization of Petroleum Exporting Countries (OPEC)” as the major reason for the reductions in world oil prices since July. OPEC, for its part, listed “lower demand especially in the developed countries, increased oil supply, the strengthening of the US dollar and easing of geopolitical tensions” as the factors behind the decline in global prices.

But an independent report released last year by the US Senate pointed to speculators as responsible behind the rapid rise and subsequent steep fall in oil prices this year. The report said that from January to May, index traders poured $60 billion into commodity markets causing a big spike in oil prices. But when the US Congress held hearings in May to July to curb speculation, traders pulled $39 billion from the market. One of the authors of the report summed up their findings, to wit: “The bottom line here is with regard to commodities, money going in pushes prices up, money going out pushes prices down”.

Wild spikes in the global price of crude oil experienced last year underscore the depth of speculation in the oil market. The prices quoted above actually refer to those of so-called “crude oil futures” as traded in the New York Mercantile Exchange (NYMEX) and the London ICE Futures. Futures market does not involve the physical trading of crude oil but are engaged in by giant investment banks and other financial companies and the oil majors to earn huge profits from speculating on the future price of oil. When oil prices were posting record high numbers in the first half of the year, speculation was estimated to account for as much as 60% of global oil prices.

Indeed, the extreme price swings of oil in 2008 further strengthened the claim that speculation, not actual supply and demand, is behind the world oil price movement. Between January and July, the monthly average prices of crude oil increased by 41% (WTI crude) to 50% (Dubai crude). But between July and December, prices declined by 68% (Dubai and Brent crudes) to 69% (WTI crude). Meanwhile, global oil demand in fourth quarter 2008 was pegged at 85.6 million barrels per day (mb/d), down by only less than 1.4% from its first quarter level. Supply, on the other hand, was recorded at 86.5 mb/d in December, down by only less than 1% from its January average. The figures indicate that there are no very significant changes in the supply-demand balance of crude oil last year that could fully explain the very sharp rise and fall in prices.

The US recession and the global economic crunch are expected to deteriorate in the coming months. The Philippines is already starting to feel the direct impact as trade and investments slowed down. More overseas Filipino workers (OFWs) face the imminent threat of displacement while the domestic labor market further contracts. All this is only mitigated by easing inflation, mainly due to lower oil prices. But even this “mitigating” factor is offset by unabated oil price manipulation under the ODL.

In addition, the global oil market remains vulnerable to speculation and as such local pump prices could again steeply climb in the coming months primarily due to renewed speculative attacks. The volatile financial market, which in one week saw the demise of two of the US’s mightiest investment banks triggered fresh rounds of speculation. Trading of crude oil futures contracts at the NYMEX for October delivery jumped at one point by $25 per barrel on September 22 – its biggest single-day surge ever – one week after the upheaval at Wall Street. The unusual price hike compelled the Commodity Futures Trading Commission (CFTC) to subpoena trading records from some NYMEX traders to look into possible “illegal manipulation” of prices.  Israel’s intensified military attacks against Gaza in December has triggered fresh rounds of massive speculation that drove oil prices up by 23% in the week connecting 2008 and 2009, the most since August 1986.  Prices of oil futures have been on a steady uptrend since Israel started bombing Gaza and further escalated since the start of the ground assault on January 4.

Furthermore, as the global crisis worsens, oil prices become even more vulnerable to intensified speculative attacks. With the bursting of the housing bubble, more speculators are expected to shift from real estate speculation to speculation in the futures market on commodities including oil. The expected slowdown in real demand as a result of the worsening US recession may not deter traders from speculating on oil since the backdrop for continuing speculation such as the political instability in the Middle East remains. Emerging oil price trends in the light of Israel’s military offensives in Gaza clearly illustrate this.

While Malacañang pretends to run after the oil companies for not implementing substantial price rollbacks, the Arroyo administration’s continued adherence to the ODL and continued imposition of the VAT on oil betray its lack of genuine intentions to lower pump prices. Thus, consumers must rely on their own strength to compel Congress to implement the necessary corrections in oil policies that will truly promote and protect the public and national interests.

2008 was indeed a rollercoaster ride in oil prices – but whether international prices shot up astronomically or steeply declined, Filipino consumers in the end still paid for exorbitantly priced oil. 2009 is certainly even more tumultuous as the recession in the US and other major industrial economies deepens and further aggravate the permanent crisis of the pre-industrial Philippine economy. The country’s already chronic job scarcity is expected to worsen as overseas Filipino workers (OFWs) and those employed in affected local sectors such as exporter manufacturing firms start to feel the pinch of the global economic crunch. The situation could easily deteriorate once prices of basic consumer goods and services again unjustly escalate, which is to be expected as long as government insists on the already discredited principles of free market economics such as the ODL.

Policy makers must now seriously rethink the deregulation policy and put in place a mechanism for effective oil price control to ensure reasonable oil prices and help cushion the impact of the raging global crisis.